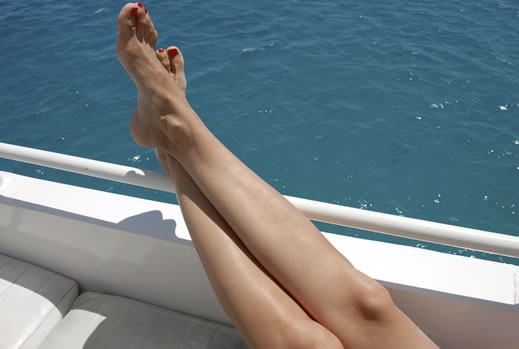 Risks and possible problems of foam

Serious complications after foam injections have been reported in some patients. Complications of foam sclerotherapy include inflammation of veins, deep vein thrombosis and pulmonary embolism (blocakage of lung artery) and changes in the skin's colouring. About 2% of patients have short-term side effects, including chest tightness, dry cough, headache, 'pins and needles' or problems with their vision.

One study reported on 3 patients who had strokes after the procedure. All had a kind of heart defect called a patent foramen ovale. All 3 patients recovered completely and had no further symptoms of stroke. In a study of 1025 patients treated with foam injections,1 patient had a type of ‘mini-stroke’ called a transient ischaemic attack. This patient recovered in half an hour.

Darkening of the skin can occur after foam sclerotherapy in about 1 in 4 patients. It may take up to 2 or more years to resolve but can occasionally be permanent.